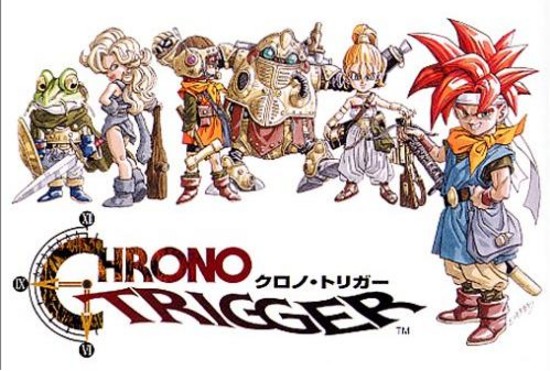 It honestly wasn't until I finished Persona 4 Golden that I understood I wasn't just a fan of weird Final Fantasy games, I understood there was entire genre of these Japanese Role-Playing Games I loved, I just hadn't been paying enough attention to them. I love this genre enough now to talk about it as much as possible, but there's a catalog of classic JRPGs and highly relevant series that I haven't touched yet. I always intend to get back to them, but it's not that simple sometimes because of life getting in the way and the sheer length of a JRPG, not to mention keeping up with the franchises I already love and want to continue playing. It's hard to balance both. So, as a reminder to myself of my backlog of shame, here's 5 JRPG games I definitely should've played by now and hope to play sometime soon.

The Tales of series is one of the biggest JRPG series at the moment, both in popularity and series entries, with 16 main entries in the series and no sign of stopping. I used to see Tales of Graces f in the discounted PS3 games section of my local game store and thought it looked interesting and pretty, but I never really went beyond just looking at it until games media sites like IGN started hyping Tales of Xillia. Now I own a few Tales titles, including Tales of Xillia 1 and 2, Tales of Zestiria and Tales of Graces, but I don't really know when I'm going to play them as of yet. I love a great story and the Tales of series is known for having great stories, so it's something I should probably try more of. I have tried Tales of Xillia, but I didn't finish it because I started another playing another game. It'll probably be the first one I try to concur and I hope that sparks a big love of the series that'll make me play the ones I own.

Chrono Trigger is legendary in the world of JRPGs, so having not played it yet almost feels like a sin against my love of JRPGs. I was pretty damn young when Chrono Trigger was out, so I missed it but it's one of those must play JRPGs as it was revolutionary for it's time and has definitely had an effect on JRPGs now. With time travel and multiple endings being featured in the story, since these are some favourite features and kinds of story, I'm sure I'll enjoy it, dated graphics and all.

Yet another series I became intrigued about due to many people on Twitter and in games media being hardcore advocates for the game. It was people like them that are the reason I signed the petition to bring Suikoden to the PSN. The petition was a great sucess, with Suikoden 1-3 now in the PSN store. I bought Suikoden 1 from the PSN, so it's sitting in my backlog waiting to be played. I hear the story is incredibly touching and if the trailers anything to go off, it looks like an intriguing game that's been loved for a reason.

Wild Arms is yet another legendary series I hear so many good things about, but I have mixed feelings about playing it. It's meant to be one of the best JRPGs of all time, but I've never been interested in Wild West themes in movies or games and that's one of the premises for this story. However, I've also never played a JRPG with a Wild West theme so maybe I'm missing something and I just don't know it yet. With a mix of puzzles and JRPG mechanics, it's probably worth checking out as an education on the JRPG genre, but if anyone could sell this to me in the comments, please do!


I used to not want to play Dragon Quest, purely because it was once Final Fantasy's rival, but nowadays I really don't think that's a reason to not play something! A lot of the games mentioned in this article are ones I'm curious about because of what other people have said and while many people say nice things about Dragon Quest, I'm mostly listing it here because of my own interest. For starters, turn-based battles and hero saves the medieval looking town is one of my favourites, even if it's a bit cliché. It looks like Dragon Age does this in it's own way, with cool cartoon monsters and characters. Also the interesting things being done to the series such as Dragon Quest: Builders show that the creators of Dragon Quest are paying attention to what's going on in the world of gaming, but it's a series that seems more faithful to it's roots than Final Fantasy. It's hard to know where to start with a series like Dragon Quest, so perhaps I'll wait till the next one!

Which of these games should I play most? What's a JRPG you wish you'd played by now?
Leave a comment below or send me a tweet at @JRPGJungle and let's talk!

All of the photos used in this article are not my own and are property of their respective creators and companies
Posted by JRPG Jungle at 03:00