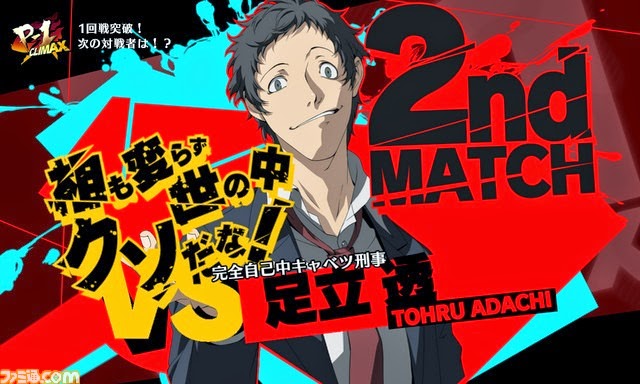 Warning: Spoilers for Persona 4/Persona 4 Golden are present in this review. Proceed at your own rist!

Confession time: this DLC is half the reason I was so keen for Persona 4 Arena Ultimax in the first place.

Have we all played Persona 4 to completion? I hope so. I'm sure I wasn't the only one wondering how Adachi would go in a prison (see, spoilers guys!). Episode Adachi has the answers in it's six chapter addition to Persona 4 Arena Ultimax's story mode. On top of that, it also gives you the cool, pistol whipping Adachi character to add to the already stellar cast of Persona 4 Arena Ultimax's roster of fighters.

Episode Adachi begins while he's in custody, giving a humourous insight into Adachi throwing some shade at police officers. More importantly, it puts some much needed time into explaining why he's in this story and not as far away from any TVs as possible. If Episode Adachi's main role was to give explanation into just how his role in the story is done, it succeeds throughly, with the best parts of Episode Adachi based in the first few chapters that cover this.

The bulk of Episode Adachi is hearing his perspective on Ultimax's events, giving a behind-the-scenes version of the story's events. Adachi's personality from Persona 4 is in fine form, with him throwing out a lot of 'What a pain' type phrases around and finding everything a big, annoying effort. If you're a fan of Adachi, you'll find enjoyment in spending more time with his humourous, but highly apathetic character. If you've been following the Persona 4 series and it's anime, this is story addition is the cherry on top of Adachi's character being explored more deeply in the anime, as the Persona 4 game only gave a small amount of development into his character, mostly at the end of the game.
The only small criticism I can really give Episode Adachi is it's middle section feeling a little repetitive at points when you compare it to the Persona 4 story episode of Ultimax. However, this is to be expected as the middle section isn't giving much new content, just Adachi's perspective.

The best part of Episode Adachi was it's epilogue, which left me feeling content with all loose ends of Adachi's story being fulfilled. The epilogue was a very fitting fate and probably the best possible outcome and development for Adachi. 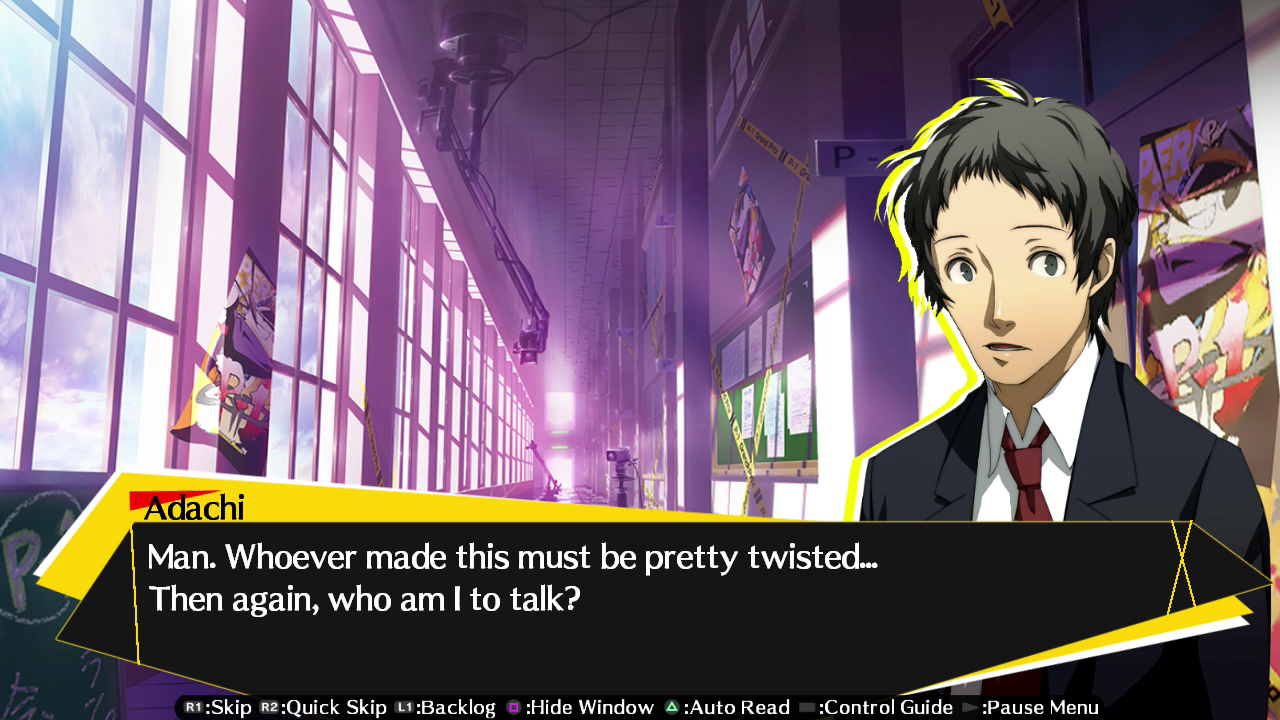 If you're not a big fan of Adachi as a character, but a fan of the Persona 4 or the Persona 4 Arena series, this DLC may be a bit hit or miss for some people. It's not an essential part of the Ultimax's story but it helped the story feel that little bit more complete. I think if you count the fact you get Adachi's character for fighting, style opinions and a story selection for about $7 (Australian price) is a good deal and is certainly the best value character to buy if you're looking to expand your roster of fighters in the game as Marie and Margaret's DLCs don't have an additional story mode (side note: they are still fun to play as though!). The story campaign lasted me maybe an hour or so, depending on how fast of a reader you are.

Even though it's not a must have for all players of Persona 4 Arena Ultimax, Episode Adachi provides the final piece of the puzzle into his character development from Persona 4 and the anime and also an insight into some of the finer points of Persona 4 Arena Ultimax. If you're a fan of him, a diehard Persona fan or just want another character to play with, Episode Adachi is the best value DLC character you can get and while isn't a huge story mode, is worth tying up the loose ends left at Persona 4.


Score: 7.8/10
Fun content and interesting story for those diehard fans of Persona and generally good value. The only DLC character with a story mode and goddammit, he comes with pistol whipping action. Not necessarily a must have for all players of the games though.

The Adachi Character DLC is available from your country's PSN store. Prices will vary depending on your country!


What were you thoughts on Episode Adachi?
Comment below or send a tweet to @JRPGJungle and start a discussion. Thanks for reading!
Posted by JRPG Jungle at 19:52 No comments:

People usually make New Years Resolutions for life improvement things, like 'lose weight!', 'learn a new language' or 'be a better person'. Of course, you should work on your goals whenever you want and if that's on New Years Day, then good for you. For the sake of this blog, I wanted to do something much more fun and game related. This is 10 days late, but this year let's strive to better our gaming habits with five Video Game New Years Resolutions! Below are mine and you can add yours in the comments below. Happy 2015, friends! 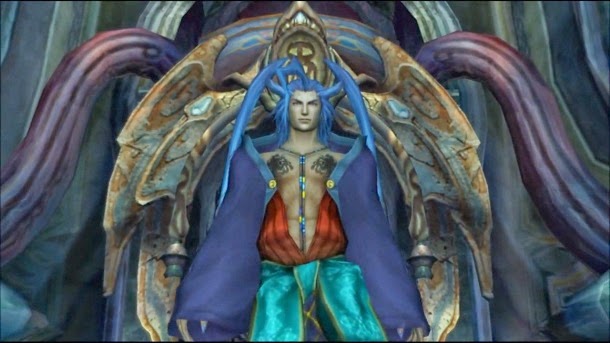 I've had this goal since I was in primary school to completely finish Final Fantasy X and have always become overwhelm by the massiveness of the game. When I say 'finished', I'm talking with the ultimate weapons, all Aeons obtained, completed sphere grids for all characters and everything else. I always got part way through this goal multiple times, but never achieved it. This time though, there are platinum trophies to be won and to document my progress, which for me is honestly a game changer. I will complete this goal....Then cry over the total amount of hours I've spent in this game in my whole life.

2. Play a native Japanese RPG from start to finish 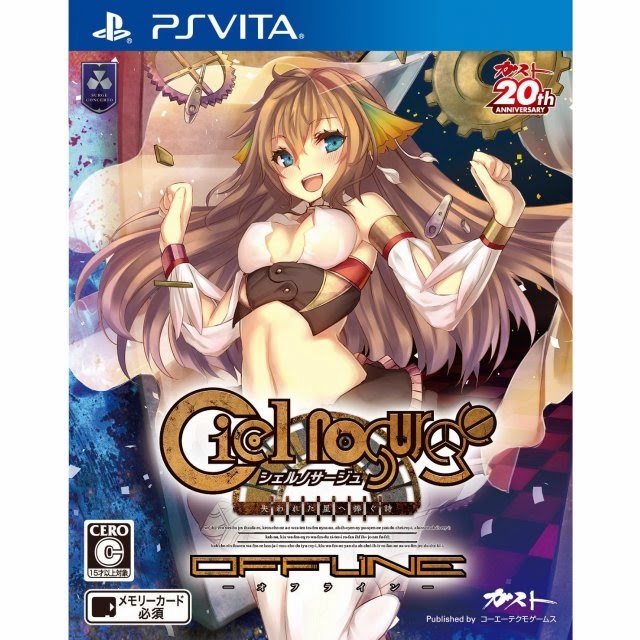 I've been studying Japanese on a serious level for over a year now and I'm actually heading to Tokyo later this month for a few months. Let's just say if that doesn't improve my Japanese, then I have no idea what will.

The existence of this blog is a testimony to my love of Japanese RPGs but I want to take my relationship with these wonderful games to the next level. I want to play at least one JRPG that hasn't been localised. And not just play it for a little bit - from start to finish. I've played bits and pieces of old Japanese Gameboy games and Visual Novels and it's a struggle that involves a lot of dictionary use and note taking, so this will not only allow me to play games I've always wanted to play but couldn't, but will hopefully improve my Japanese even more. Learning can be fun!

So far, I'm tossing up between Ciel nosurge or Persona 5, depending on how far apart the English release of Persona 5 is from the Japanese one. I've already started playing through/translating the demo version of Nekopara Vol. 1 (Steam Version) for my own personal use and it's taking awhile, meaning this goal will probably take me most of the year to complete. I should get started soon! 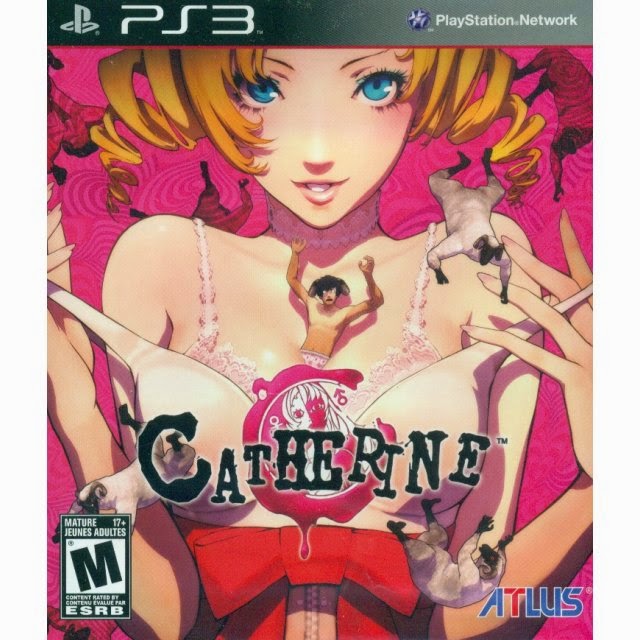 Probably an impossible goal to fully complete, but I would love to delve into my backlog of games collecting physical and digital dust. Along with free Playstation Plus games I've been saving up throughout a one year subscription, I have gems such as Catherine and Persona 2 to start, Persona 3 and Tales of Xillia to finish and I don't even want to think about the rest. Most of you will understand this big task, but I don't buy games to sit on my shelf. Let's get playing! 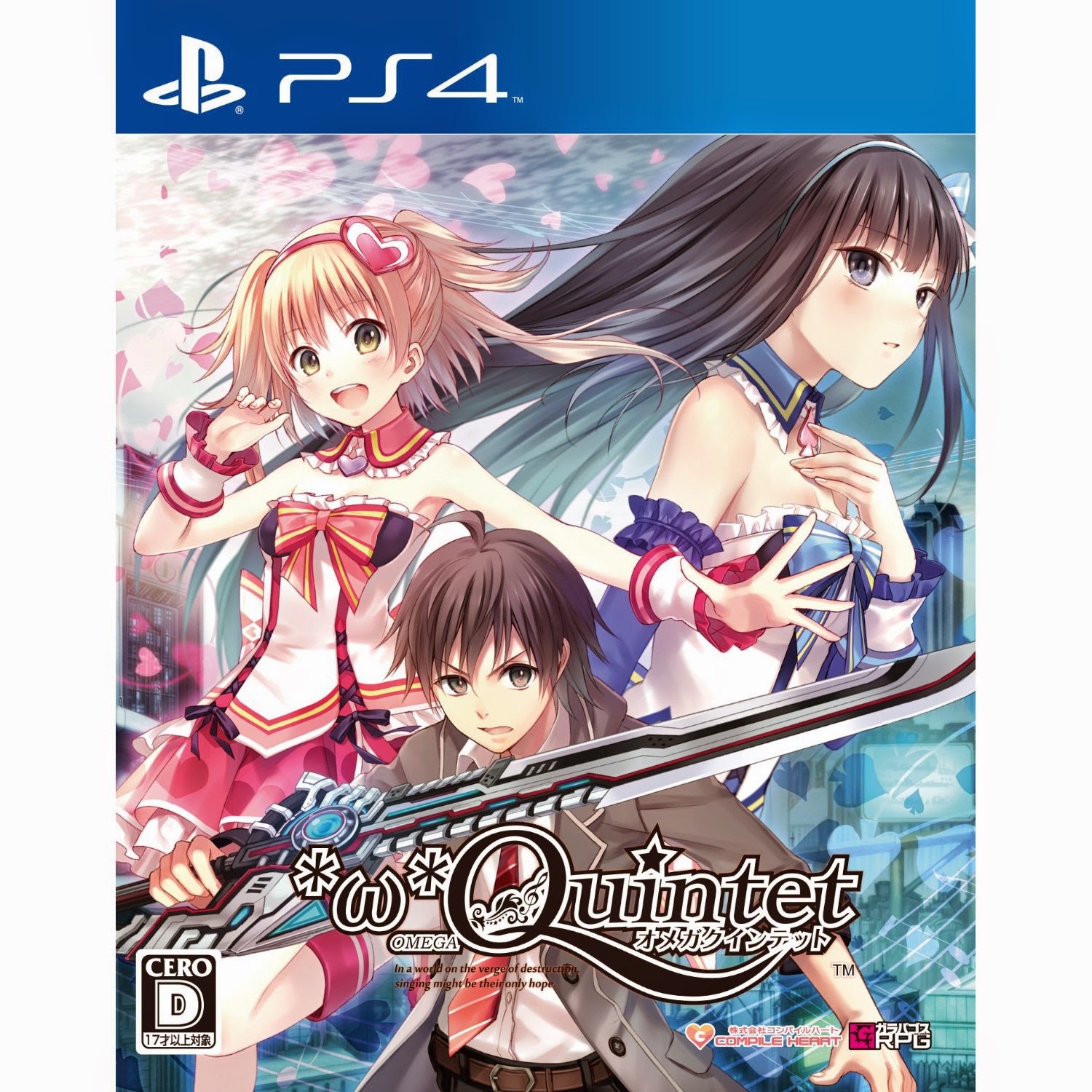 I'm hoping this year's release schedule fixes this, but my PS4 is collecting dust and I don't like it. I'm taking it with me to Japan, so games like Omega Quintet will no doubt end up in my possession, but I'm also thinking of trying some of the various indie games available on the PSN. I'm sure there's some gems I'm missing out on, so comment below if you know anything I should try! 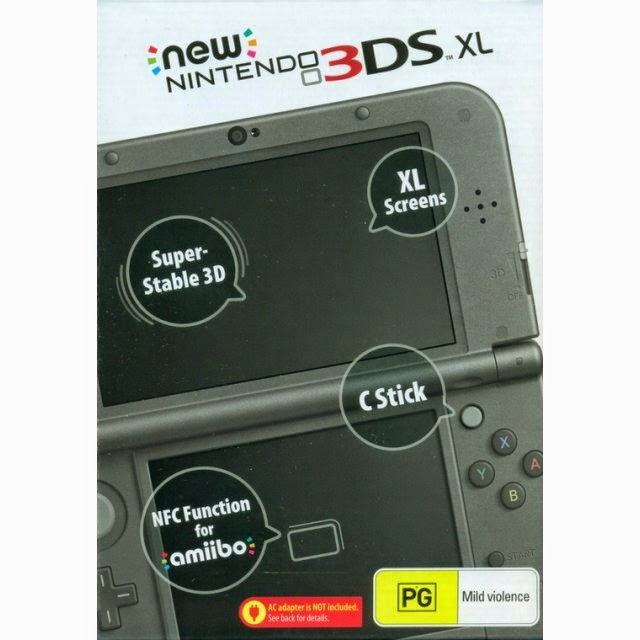 I've wanted a 3DS for awhile, although I feel like I'm two timing my Vita a little. In saying that it's not like I drive so I always have more time than most for handheld gaming in my commute and variety is never a bad thing. I really want to play Bravely Default and Persona Q, along with all of the Pokemon games I've been missing out on since the Gameboy Colour was out of style.

I've never actually purchased a Nintendo console with my own money. I'm quite thoroughly a Playstation person, but I love and respect Nintendo's creativity and am keen to get involved. Fingers crossed I find a good bundle in Japan!

Bonus: Blog about all of the above things and film some videos.

I've been wanting to get the confidence and equipment to make videos and expand this blog for awhile and I should really just DO IT. I'm gonna wait till during my Japan trip, so if you're interested in unboxing or gameplay videos from a JRPG perspective, please let me know! It'll motivate me more than I can say!


Got your own video game resolutions for 2015?
I'd love to hear yours, so comment below or send a tweet to @JRPGJungle. Thanks always for reading!
Posted by JRPG Jungle at 02:18 4 comments: