When Loot Crate put out the idea of creating your own Dream Loot Crate ideas as part of their Dream Crate project, I absolutely had to make a JRPG Crate.  I’ve watched a Loot Crate unboxing video or two on Youtube before, and each crate seems full of fun themed items and geeky gifts, I’ve just never seen a theme that made me subscribe to getting their crates monthly, but if there was a JRPG Crate I'd probably be very tempted to subscribe.

The idea of the Dream Crate is to pick a theme, the items you'd put in it and the franchises you'd include. If the theme is considered a good idea, it may become the theme of a future Loot Crate! I love the idea of coming home one day to a box of wonderful JRPG goodies, so here are five things I’d be more than happy to see in my Dream Crate (and will probably now be trying to purchase because more JRPG merch didn’t hurt anyone). 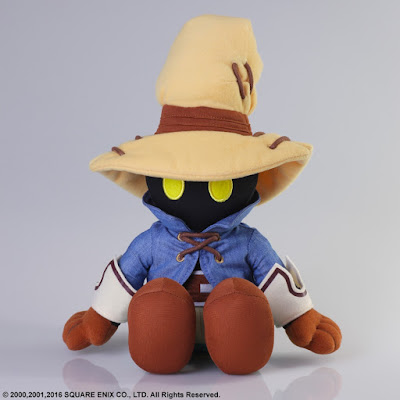 It wouldn’t be a JRPG Dream Crate without something from Final Fantasy and I thought this Vivi plushie from Square Enix would be perfect. Vivi is a pretty beloved Final Fantasy character for many reasons, such as his iconic black mage aesthetic, his curious personality and his important role in Final Fantasy IX’s story. Not only is Vivi a great character to include, he also makes a super cute plushie that would look great in any JRPG plushie collection (I need to buy him so I can have a Final Fantasy plushie collection). 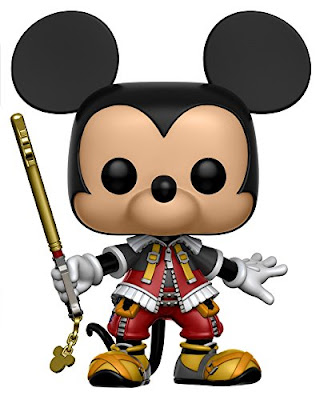 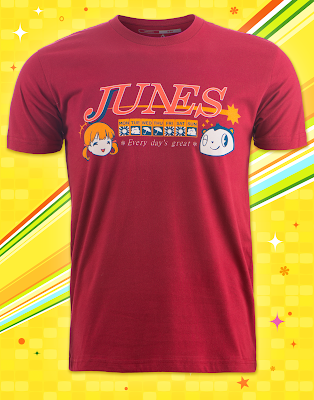 I’ve been wanting a Junes shirt for a really long time and I think I would squeal with joy if one arrived on my doorstep with a box of other JRPG goodies! If you've played Persona 4, then you've probably had the Junes song in your head at least once. Since Persona 4 Golden is what brought me hardcore back into JRPGs, I would wear this shirt with all of my Inaba pride. It would be great to wear while playing Persona 5!

(Although it’s sold out at the time of posting, I chose the Sanshee shirt because I like the design. There are some great Persona 4 shirt options at Insert Coin Clothing as well!) 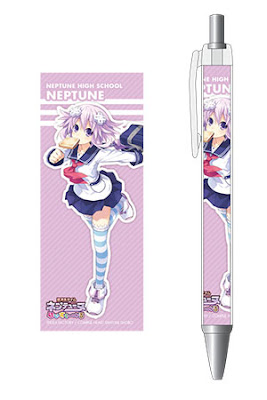 In JRPGs, the fan service aspect is often a polarising aspect of the genre, but I feel like it would be wrong to ignore it, especially when it comes to making a box of JRPG goods. Whether you love or hate it, this Hyperdimension Neptunia pen represents the fan service, colourful and anime aspects of JRPGs in my Dream Crate. Also, I kinda just want a JRPG pen I can use during my day job to get me excited for JRPG time when I get home.

(Fun fact: I was tossing up between this pen or a body pillow at first.) 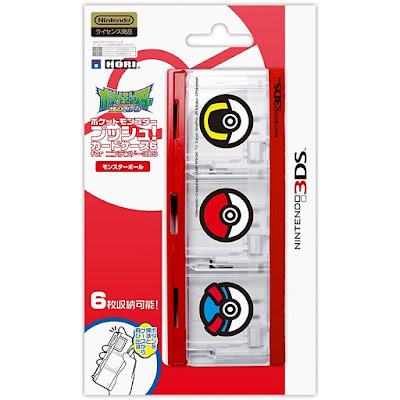 If you like my Dream Crate or even just the idea of a JRPG Loot Crate, make sure to let Loot Crate know by sharing my article or telling them on social media! I'd love to see a box of JRPG goodies for real! And feel free to leave your own JRPG Dream Crate ideas in the comments.
Leave a comment below, send me a tweet at @JRPGJungle, hit me up on Facebook, Youtube or Instagram and let's talk!

Any link marked with * is an affiliate link that helps supports the site, so if you use it, thank you!

Transparency Note: Loot Crate did reach out to me with the idea for this post, but I promise that all ideas in this article are 100% my own!
Posted by JRPG Jungle at 15:00