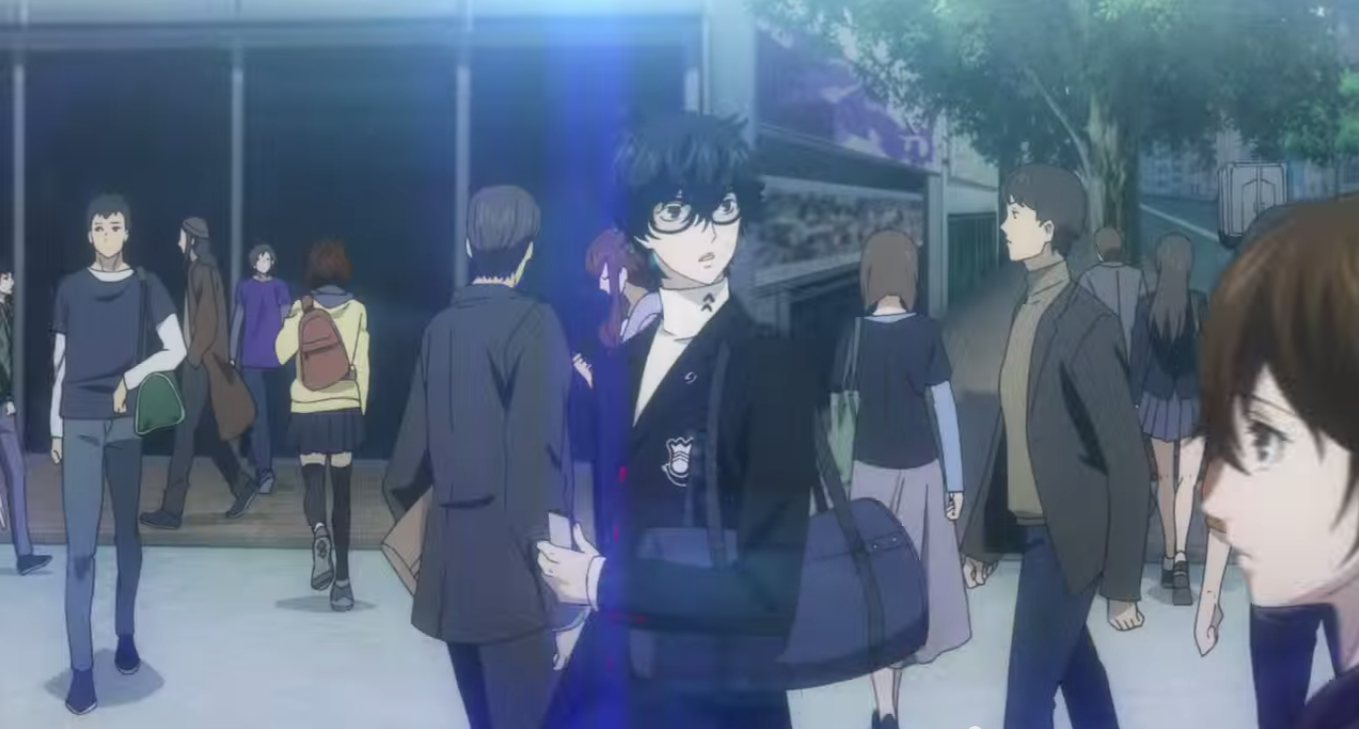 Persona fans can rejoice, as Atlus has revealed a new teaser trailer for Persona 5. The first teaser trailer for Persona 5 feels like it was forever ago and revealed the overall tone of the game but not much else. In this new teaser trailer, we are mainly shown the protagonist (pictured), plus the new big city setting for the game and I'm sure some subtle hints on what else will feature in the game. Probably the biggest reveal in the trailer was that Persona 5 will be coming to the PS4 as well as the PS3, since it was originally only announced for the latter console. The trailer can be watched below:

In a blog post about the trailer's reveal and the series' fans, Persona 5's director Katsura Hashino also had a few things to say about Persona 5:

"While it was sudden, during the conference that was held by SCE earlier today, they showed a trailer for the Persona series’ latest main numbered title, Persona 5. The setting is reversed from the previous title, as the title will depict the lives of youths living in a setting of a big city.

I apologize for only being able to show so little, but it would make me happy to know that you all have been able to get a glimpse of the game’s atmosphere.


Persona 5 was announced last year, and in addition to the release for PlayStation 3, we’re currently developing a PlayStation 4 version to release simultaneously in 2015. Furthermore, it’s very regretful that we’ll keep you guys waiting (I’m sorry ; ;), but I believe we’ll have a great game that will remain in your hearts."

Persona 5's release is currently set for 2015. The game is also available on Play-Asia for keen-bean fans to pre-order. The site features this product description:


"Set in a high school kind of setting, players will be entering a world where social problems and hardships of today are being discussed and features characters that are being held back by the rules set by society. Being a “slave” in sense, trials should be overcome by players that "are bored and discontent with their lives" and set out in a quest for freedom from the certain appalling state they are currently in. Though offering fresh kind of concept, Persona 5 has made sure to offer a familiar sense of atmosphere for long-time fans of the series and an interesting twist for new players that will altogether spell out one of a kind gaming experience."

What will you be naming your P5 protagonist? Comment below or send a tweet to @JRPGJungle to start a discussion!
Posted by JRPG Jungle at 03:13