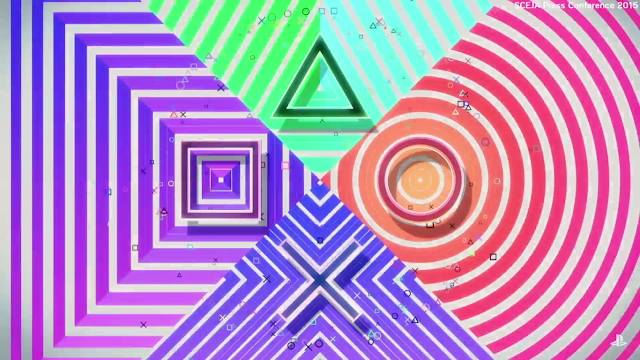 Tokyo Game Show 2015 has come and gone and has left us many souvenirs in the form of all the wonderful game announcements that have me counting down to 2016 already. While many announcements were made throughout all four days of the show (Persona 5 anyone?), some of the best announcements from TGS were made during Sony's Pre-Show Conference. There were many noteworthy announcement during the conference, including some cool JRPGs, so I made a top 7 list of my favourites from the conference. This is a ranked list, although it was extremely difficult to choose the right ranking (particularly between the last two games) and I definitely want to pick up all of these games at launch. Enjoy the list!

7. Ikenie to Yuki no Setsuna


Since the announcement of Square Enix's Tokyo RPG Factory studio during E3 2015, I've held a little curiosity about what they would do for their first title. Their goal of creating JRPGs like the magical ones that a lot of people grew up with is something I think a lot of people can get excited about, especially fans of long-running JRPG franchises.

Enter Ikenie to Yuki no Setsuna, Tokyo RPG Factory's first revealed title for 2016. According to a translation from the game's website (courtesy of Gematsu), the game is promising towns to shop, challenging enemies and a touching ending. The trailer for the 'pure fantasy' RPG resembles a more graphically modern looking version of older fantasy RPGs and I'm looking forward to hearing more about the game's story soon.

You can pre-order Ikenie to Yuki no Setsuna at Play-Asia.com now.


The latest installment from Vanillaware (the developers of Dragon's Crown and the visually stunning Muramasa series) is Sentinel 13: Aegis Rim. Not much information is available other than this trailer, but the trailer shows lots of mechs, a gorgeous art style and a high school setting.

You can pre-order 13 Sentinels: Aegis Rim at Play-Asia.com now.

I can't say I've ever ventured into playing the Star Ocean series, but every trailer I've seen of Star Ocean 5 has caught my attention and this new trailer is no exception. The colourful characters, beautiful looking galactic-meets-fantasy looking world and action-packed combat make for an interesting looking game.

You can pre-order Star Ocean Integrity and Faithlessness 5 at Play-Asia.com now.


Spike Chunsoft has unveiled Danganronpa V3, the next installment to the main story of Danganronpa. This trailer curiously features mostly bears, meaning this will either be a very beary title or perhaps they're placeholders for other characters. Either way, this will be the first Danganronpa game for home consoles with the game coming to PS4, but it will also come to PS Vita as well.

You can pre-order Danganronpa V3 at Play-Asia.com now.


An extended look at World of Final Fantasy was shown during Square Enix's conference during TGS, after the initial announcement of the game at E3 2015. World of Final Fantasy revolves around a brother and sister making their way through the worlds of various Final Fantasy games, which include characters such as Lightning from Final Fantasy XIII, the Warrior of Light from the original Final Fantasy games and favourites from throughout the series such as Cactuar, Chocobos and memorable summons such as Ifrit and Bahamut. The game's chibi art style, all of the familiar enemies and the various worlds make this trailer look like a fun experience for fans of the series and new fans discovering the series for the first time.

You can pre-order World of Final Fantasy from Play-Asia.com now.


Technically these are two different games, but they're from the same series and were announced at the same time, so I'm gonna to put them together!

The original Gravity Rush (known as Gravity Daze in Japan) was released in 2012 a little after the release of the PS Vita. The Action JRPG took advance of many of the tilting features of the Vita, along with having a comic book-esque story that was complete with the ability to fly. The game was met with plenty of praise, especially in Japan (Famitsu gave it a 38 out of 40) and was surprisingly announced at the Sony Conference that it will be remastered for PS4 (possibly to raise hype for Gravity Rush 2). I loved the game on PS Vita enough to platinum it because of the fun 360 movement and the way travelling through the world felt, so I'm excited to play it on PS4 again. However, I am of course even more excited for Gravity Rush 2.

Gravity Rush 2 has been rumoured for awhile, but I had forgotten about the game long enough to be gobsmacked by the actual announcement of the game. The trailer didn't detail a lot about the story, although it did show some of the landscapes, combat and returning characters. Gematsu's recent translation of the Gravity Daze 2 website's said that the story would be featured in a new world after a gravitational whirlpool sucks the main characters away from the first game's setting, Hekseville.

You can pre-order Gravity Daze (Remastered) and Gravity Daze 2 (both Japanese editions at this point in time) from Play-Asia.com now.

If you think I missed a super important JRPG from the Sony conference, feel free to leave it and your favourite other TGS trailers in the comments below. Thanks for stopping by and make sure to follow @JRPGJungle on Twitter for updates on content and random, shorter musings on JRPG news and games!