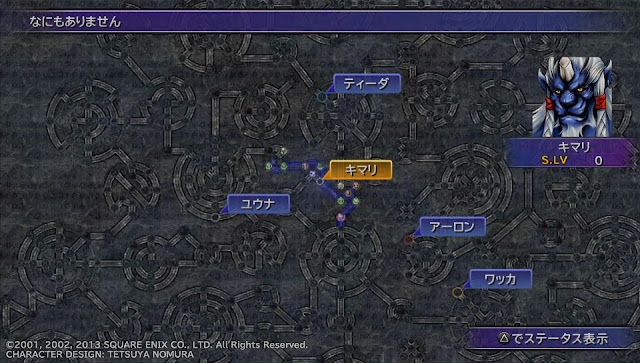 Games give us almost free reign over a fictional world, yet my brain seems to use this as a strange excuse to make weird and wonderful in-game habits. Whether it's leveling up my characters or being a crazy item hoarder, I often find these time-consuming habits creeping into my play time. Some work as good strategies, others are purely habits I should consider changing. I don't know if this is standard for other JRPG gamers or not, but I thought I'd share some of the weird and wonderful things I do while playing JRPGs and other video games.

Training equally is probably my most consistent gaming habit for almost every game I play. If there's a team or party travelling with me in a game, I must train each character at an equal pace. If there's one character that's a higher or lower level than the rest, it's unacceptable and they'll be the first in line for training. I'm honestly probably my happiest in a game when I see a full party of Level 99 characters because I know I did my job right.

An example of my training equally method is my current playthrough of Pokemon Diamond. If I catch a new Pokemon I want to carry with me, I'll set the starting Pokemon for battles to be the lowest level Pokemon, train it to be the same level as the rest of my party and switch to one of the lower level ones again and again in order to keep them leveling at a good pace. I remember starting this habit during my very first playthough of Final Fantasy X. I liked all the characters so much and didn't want to neglect any of them, so this seemed logical and proved useful in boss battles when I needed multiple skill types in boss battles or in moments of games when you can't change the party members. When I told my friends about this, they were a little surprised as they just leveled their favourite characters and would specifically not level ones they didn't like. This struck me as unfair and the habit stuck.

There is a minor downside to this kind of training. Games usually take me longer because my characters as a group may be powerful, but as individual characters they level up slower, causing me to be under leveled at points and in serious need of level grinding. However, I've come to find level grinding somewhat relaxing, so it's not something that bothers me much anymore and I feel good inside knowing I have a variety of skills to choose from in battle.

Probably stemming from my training equally habit is the need for training routines. I think this is probably a more normal habit, but it feels a little too in-depth when I do it sometimes. My best example of a training routine I use is from my current playthrough in Persona 3. Once I've gotten to the highest unblocked point of Tartarus, the remaining nights before the full Moon I'll grind from the bottom of the most recent block until the next exit point. From there, I'll go back down to the bottom floor, see if I have any new Persona's to create or party members to switch out and get back to it. While running through the dungeon, I'll also make sure to navigate my way through the dungeon by 90% of the time only going the direction an enemy of an enemy to to maximize experience gained (or something). I'll do this ever other in-game night in Persona 3 (when my character's not tired) so I can be as high of a level as possible before the Full Moon boss.

I don't think having a training routine is weird for JRPGs as grinding is usually an important part of the game, so it almost seems necessary sometimes.  I started doing my character training in this more rigorous fashion because in a lot of JRPGs recently when I've been a bit more relaxed about grinding, I get a lot of game overs when it's boss time. This kind of routine makes my boss battles go a lot smoother, although definitely ups my game hours! 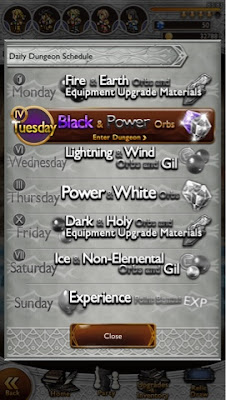 When I'm playing mobile or online games, I like to do my dailies before getting down to business in the game. I'm pretty sure this habit comes from when I was played Neopets as a kid as I used to follow a lot of guides that gave good ideas for things to do daily and it's how I got a lot of Neopoints, so my mind still assumes it works for every game. However unlike the other habits I've mentioned, this is something that as I've gotten older, I've gotten a little less strict about doing. Although I definitely still see the benefit of doing it, since I play mobile games for maybe 10 minutes at a time, I usually just want to get straight down to business. If I spent more time playing Final Fantasy Record Keeper these days, I'd probably do it because now if you do the daily dungeons, you can win both useful materials and points that are exchangeable for valuables which would probably help me get OP faster. But for now, I'm mostly giving this one a miss.

I've talked about having completionist tendencies here before and trophies really appeal to those tendencies. If I can see an easy trophy or a trophy I'm coincidentally close to getting, I feel like I have to get it. Because why not? Even though I could save all this until I've finished a game, sometimes the quick thrill of seeing my trophy percentage go up takes over and I lose valuable time I could've been spending getting to the finish line. I have definitely improved with this more recently though, especially after playing PSOne and PS2 Classics that have no trophies. There was a time where I was trying to platinum Final Fantasy X HD on my weekends, but there's so much to do in that game for the platinum that for now, I'd rather spend that time playing more games considering my backlog.

My brain still can't help having a mental list of games I want to platinum though, including Final Fantasy X, Digimon Story Cyber Sleuth and Danganronpa 2, but I want to experience more new games before I experience the same ones again at the moment.

My inventory in Persona 3 is definitely full of things I either don't need and don't know what they do. So is my inventory in Final Fantasy X...And Conception II...And Digimon Story Cyber Sleuth...And countless other games.

I keep every item I may even have the slightest possibility of needing in games if there's no inventory space limit purely because I don't want to get to the point in the game where I desperately need a certain weapon or item for a quest only to find I sold it for sweet in-game currency. I think this habit comes from having experienced such a situation - from times where I've had an almost finished quest, but then the last part of the quest required something I definitely sold. It might mean I scroll through my inventory a lot when I need to find something, but I'm prepared for every possible situation now and I don't have to go looking for items I had in the past.

(To be honest, I think if my apartment didn't have an 'inventory limit', I'd do it in real life with toys and figures too.) 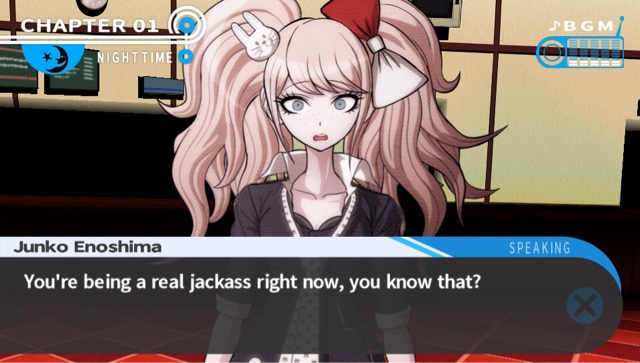 This one's a little from left field. Playing Persona 4 Golden was the first game I'd played that had really important in-game conversation options that effected how the characters perceived you. I like to be nice to the characters usually, but deep down I was always curious about what they'd say or think of me if I said the bad options. So, a few times I've made a 'jerk' save file for when I feel like seeing what they would say if I use the conversation options that would make me seem (and feel like) a jerk.

Have you done any of these things? Do you have any of your own strange or random in-game habits?
Leave a comment below, send me a tweet at @JRPGJungle, hit me up on the JRPG Jungle Facebook page and let's talk!