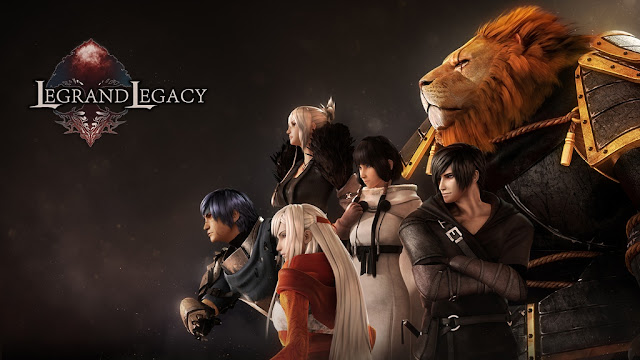 If there's one thing that can be said about Legrand Legacy, it would be that it has incredible potential. Just from watching its trailer, the well-rendered 3D cutscenes set it apart from a lot of Indie projects and show the tremendous game Legrand Legacy could be. I’m happy to say this potential shines through in the demo of Legrand Legacy, which shows off its gameplay, cutscenes and gives a glimpse into the beginning of the protagonist’s journey. Although it's a pre-alpha version, the 2-hour demo is an incredibly enticing look at a clear tribute to JRPGs, complete with likeable characters, a nifty battle system and a punishing final boss that kept me keen, on my feet and ready for more. 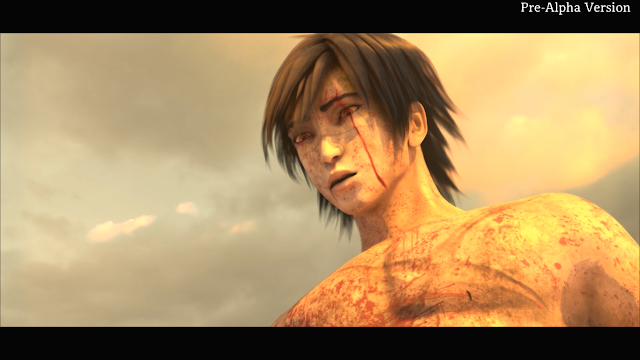 Legrand Legacy is set in the unique world of Legrand, filled with thieves, desert sands and demonic creatures. The protagonist Finn awakens with no memory of his past and having to fight for his life in an Arena. Luckily he wins against the odds thanks to a power from within him, which leads to him traveling with a mysterious mage and starting his journey without any memories to guide him. The characters that he meets and that accompany him on his journey come across as likeable, thanks to well-written dialogue that gives each character purpose and personality from the get-go. While the characters are more serious than silly, small bits of humour are inserted here and there that give the experience a nice balance of light and heavy moments. While I liked all of the main cast featured in the demo, I was particularly intrigued by Finn’s trusting nature and softness. I was a little critical about him initially as he goes from being the tough guy in an arena fight to being a really soft-hearted character, but his subtle caring nature is a nice contrast to his strong-willed sub-characters. All of the characters had very different personalities and I found myself intrigued by each of them in different ways.

Complementing the interesting story are the beautiful 3D cutscenes and visual novel scenes that tell it. I don't play many PC games but I can say the graphics, particularly the 3D cutscenes, aren't far off what I'd expect from a console game. The version of Legrand Legacy available on Steam is a pre-alpha build, so outside of the cutscenes the graphics aren't perfect but all graphics look good at worst, with the gorgeous cutscenes feeling like a fresh cherry on top. The game map and landscapes are also nice to look at and the desert world is complemented by good music and sound effects. It's the combination of all of these quality aspects that make Legrand Legacy stand out as an indie experience and while it's not completely the same in smoothness and polish as bigger games, for a pre-alpha experience it's doing a pretty good job. 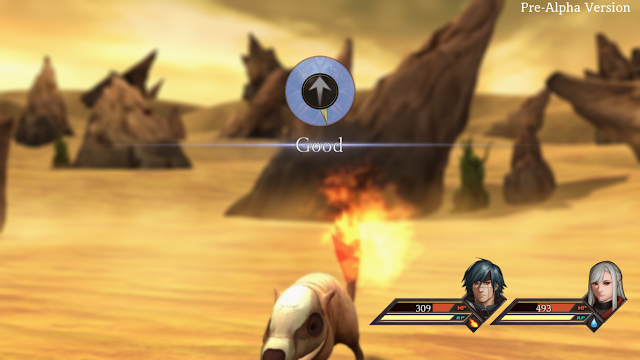 The combat system in Legrand Legacy is a turn-based one that smartly takes advantage of the system its played on to make it unique. Accompanying the usual spells and physical attacks featured in usual JRPGs is Legrand Legacy’s Action Circle Tempo mechanic, which involves hitting a direction key indicated in a circle at the right time to either get a Perfect, Good or Poor attack. While I’ve seen this kind of mechanic in other games (namely the mobile game X-Tactics and most rhythm games), in Legrand Legacy the mechanic adds a nice bit of flavour to a familiar system.

Adding more uniqueness to making the most of combat are Grimoires, which are basically magic. Magic will be familiar to most JRPG players, but the way Grimoires are gained is what I found most interesting. They're unlocked through earning points in battle and giving them to the appropriate skills. For instance, a powerful water spell may involve raising your strength or intellect stats, and another power skill may need strength and luck raised instead. This creates an interesting choice between making your character the most skilled or most powerful and while I couldn't work out which was the better choice (and my inner completionist picked having all of the skills anyway), it was certainly an interesting choice that I liked having. 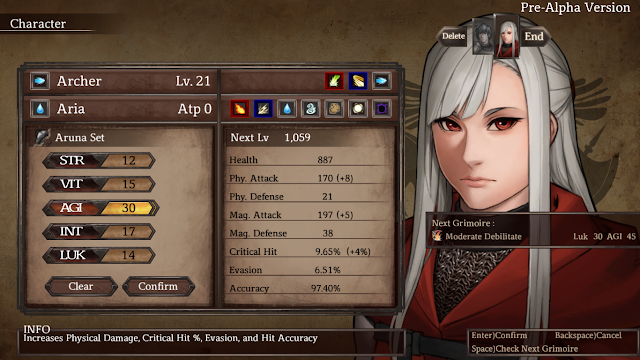 My feelings about Legrand Legacy are mostly pretty positive, but one thing I did find questionable at times was its difficulty. While I initially found the random battles difficult until I got the hang of the ACT system, the real thing I found difficult was the final boss. Don’t get me wrong: as a JRPG fan I love a good final boss battle, but this one kinda felt borderline cruel. The group attacks and the amount of damage that boss is capable of is seemingly much higher than any of the random battles prepare you for. I found myself having to go grind and really get the hang of the ACT system in order to have any chance of winning. In saying that, I did feel determined to take on the challenge (and I won!) but other players, particularly of more modern JRPGs, may not be used to this kind of difficulty. Legrand Legacy does describe itself as a tribute to classic JRPGs and this tough fight certainly echoes the tough boss fights of old JRPGs and ultimately I felt a huge amount of satisfaction when I won, so I wasn't that bothered by it in the end. 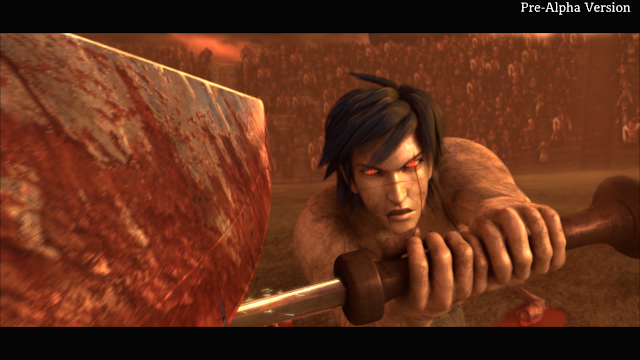 Legrand Legacy is certainly a modern homage to classic JRPGs, but it’s also much more than that. With a modern aesthetic which will appeal to fans of modern JRPGs, its characters and unique gameplay make Legrand Legacy its own unique experience, I felt a good majority of my JRPG needs satisfied, with the best part being I also wanted more once the demo ended, which is exactly how I want to feel at the end of any demo. I want to get to know Legrand Legacy’s characters more, see where the story goes and most importantly, play more with the fun, timing-based mechanics. Legrand Legacy has the ambition and execution to be a unique addition to the JRPG genre and I hope that with enough support, whether through its crowdfunding endeavour or otherwise, that this is an experience I will get to play more of in the future.

Will you try Legrand Legacy? And if you already have, what did you think of it?
Leave a comment below, send me a tweet at @JRPGJungle, hit me up on Facebook or Instagram and let's talk!

Notes: In the interest of transparency, this game was requested consideration, but I can promise this post is 100% honest and written without bias.
Also, digital games are regularly updated and changed. My opinions about this game are based on the condition of the game at the time and with the version I played and may not cover any future important changes to it.
Posted by JRPG Jungle at 15:00