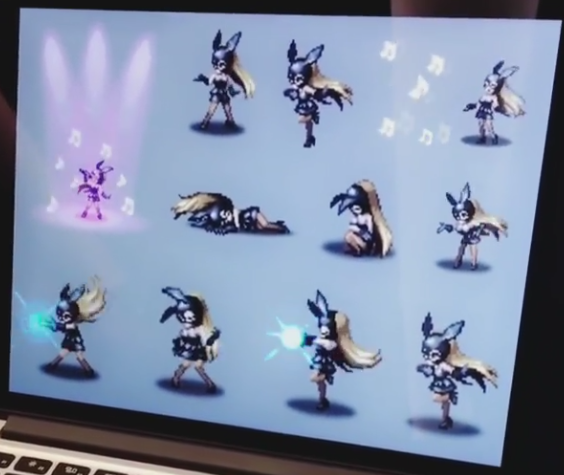 
1) Final Fantasy X-2 - Songstress Yuna
Final Fantasy X-2 was one of Final Fantasy’s most prominent ventures into pop music, a choice made on purpose by the creators of X-2 to give a lighter feel and sound to the Final Fantasy X sequel. The opening cutscene says it all: Yuna is seen dancing and singing in the Songstress dressphere to an extremely catchy song on stage in Luca, heavily contrasting the traditional-style Yuna seen in Final Fantasy X. In spite of the heavy contrast, I really liked Yuna’s change of style in X-2, probably because I played it as a teenager that loved music and seeing that reflected in one of my favourite characters made me feel a new kind of connection to Yuna. Music is tied into X-2 in multiple ways, thanks to the nature of certain dresspheres, such as the Songstress dressphere that featured abilities such as Sing and Dance. The dressphere is a big part of X-2’s biggest story moments, with Yuna singing 1000 Words in the later chapters being one of my most memorable JRPG moments when I was getting into JRPGs.

It’s also worth noting that Real Emotion and 1000 Words were both sung by pop musicians, with the Japanese version sung by Koda Kumi and the English version by Jade from Sweetbox. At the time, neither pop artist was mainstream but this shows Final Fantasy looking outward when it comes to musical talent, a trend that would continue with Final Fantasy games to come.


2) Final Fantasy XIII - Leona Lewis’ ‘My Hands’
The US Final Fantasy XIII trailer featured a notable track from well-known X-Factor winner and the singer of ‘Bleeding Love’ Leona Lewis. Her song ‘My Hands’ was chosen for the trailer and contributed by Leona as she liked how it connected with Lightning’s character. The song received mixed reviews by critics and the Japanese audience and it's noticeably different to the Japanese track used in the Japanese trailer. Personally I like the way Leona’s song fits with the trailer and I really like the way the trailer feels like a music video.