What is Crystar? (Premise, Gameplay and More!)


With tears, death and limbo as themes in its trailers and premise, Crystar’s pretty but dark aesthetic and story themes have had me intrigued since months ago when I saw its trailer on YouTube. Since that day, Crystar has received plenty of coverage in Japanese magazines such as Famitsu, more trailers and its publisher FuRyu’s continued promotional support for it has kept me in and wondering if the title will be worth the hype. Although nothing has been said about it coming west yet, with interesting mechanics that incorporate its crying theme well, action gameplay and a story full of an intriguing use of sadness, after looking more into Crystar, I still really want to try the unique mechanics in its pretty, dark world. 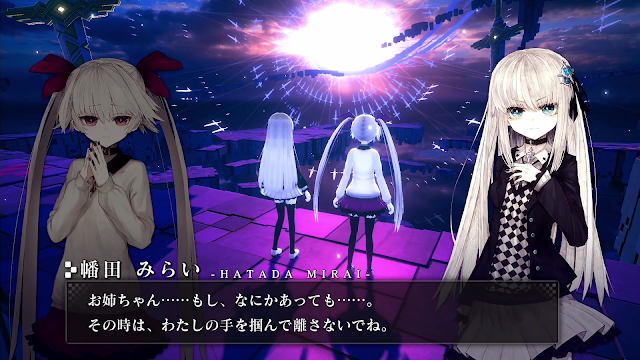 Crystar’s story revolves around its tearful protagonist Rei and an accidental journey into a new world that quickly turns tragic. Rei doesn’t usually leave her room, but she somehow finds herself waking up in a dark and mysterious world with her sister Mirai trying to find a way out. Shortly after Rei discovers she has mysterious powers when she fights to protect her sister from a spirit, and when calming down from the battles with her new powers being out of control, as she goes to grab her sisters hand she winds up tragically killing her instead.

Distraught over her sister’s death while still in this other world, Rei is offered a contract by a devil that might help save her sister. Her sister is supposed to only truly be dead once she passes through limbo, so the limbo manager devils Mephis and Pheles seem to take advantage of Rei’s will to save her sister and she makes a contract with them to become their proxy to reap the souls of the spirits floating through limbo and to sacrifice her tears, with doing the being a way to potentially save her sister. With the only goal in her mind being to save Mirai, Rei pushes forward with her new powers at the whim of the devils and with her new friends of other agents working for their own causes. Where this dark story will go and what Rei will endure both working for the devils and going through so much sadness is something I’m curious to see, and with a more selfish premise as opposed to something like saving the world in other JRPGs, I’m curious to see how this theme will grow in the full game. 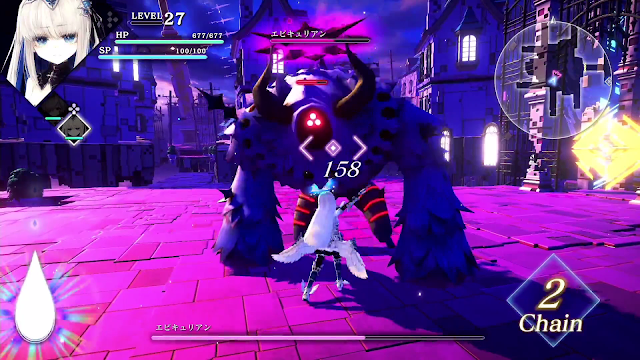 The use of Rei’s powers and sadness seems to be realised in the action gameplay of Crystar in its dark world, with the mechanics looking to combine typical action gameplay with its tear-filled theme. At the core of Crystar’s battles is a fluid-looking active system where you can switch between Rei and her friends to take down the spirits-residing in Limbo. I don’t know too much about the intricacies of the active system since I haven’t played it, but its special attack system incorporates the game’s theme in a way that looks interesting. As you attack enemies or take a moment to cry while standing on the field and using up SP, you can build up a tear-shaped gauge that makes characters go into a stronger MAX mode like an overdrive, where the girls gain access to special attacks and abilities, including being able to summon a Guardian to help fight. 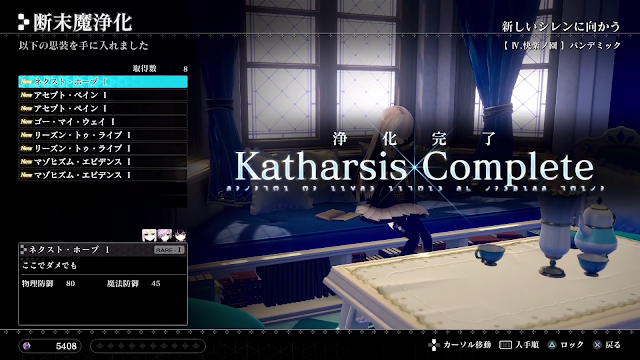 On top of this, since Rei is portrayed as being full of tears and sadness, outside of battle in her room on her own her crying is also incorporated into making her stronger. As part of her killing spirits for devils, since these spirits and ghosts were at least once the souls of people they shout final words as they die and these final words are said to effect and stay with Rei. To deal with this, she can cry these words out with the Katharsis mechanic to help gain new skills, seemingly as a version of either skill points or experience. She can also be affected by things like books as well and all of these incorporate the idea of crying and using sadness in a way that makes Crystar seem very unique to play.

Aside from making Rei cry and gain skills through Katharsis, since she’s dealing with a lot of souls who were once human, some of these spirits are also said to have memories you can explore in the form of their memoirs. I’m not sure how they’re obtained as of yet, but it seems like an aspect of the game that will add lore to Crystar’s world and the spirits you meet in it. There are said to be over 90 of these Memoirs of the Dead to find and I’m very interested to see how deep they’ll go and what kind of stories they’ll tell. 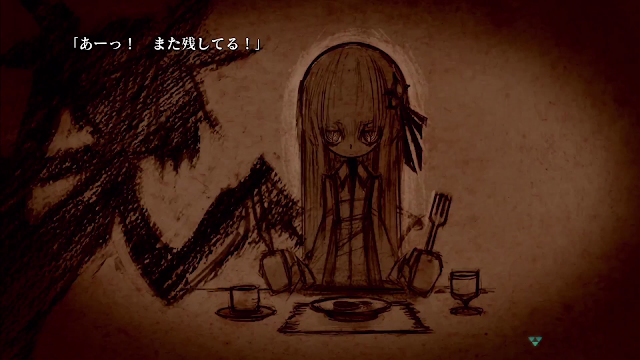 It was Crystar’s first trailer appearing in my sub feed that got me curious about it in the first place and this was definitely at least partially because of its pretty visual style. Its character designs all have a doll-like anime style to them, with especially big and detailed eyes making them an appropriate focal point when you look at these characters and partnered with a softer take on gothic and lolita styles when it comes to costumes and the game’s general colour scheme, its dark-style is fairly eye-catching. While Rei and Mirai make up the characters that create the premise for Crystar, there are other party members that are other girls fighting all for different reasons, including the loss of children and, justice and while all of these characters have their own look, they have in common that they’re fighting for their own, very different goal.

The trailers have also been very good at capturing the emotion and lonely feelings that will likely be prevalent while Rei searches for her sister. Especially in the first trailer, most of the shots have the characters by themselves and with movement usually being with characters running away or falling alone, it’s easy to get a feel of the tone of the story. What also caught my eye in the trailers are some of its different animation and storytelling styles in some scenes. While most of the story seems to be told in 3D cutscenes in its dark but colourful world, there’s an almost visual novel-like other style that features a messier 2D art style in a sepia tone that seems to tell the story of Rei and Mirai’s home life. Since Rei is said to not leave her room, I’m hoping this is where we’ll find out why and the choice of seemingly using a different art style adds a nice bit of visual diversity while still fitting in with the game’s overall style.

Finally, to compliment Crystar’s visuals so far have been music tracks that have a mix of gentle mysterious music and a rock vibe, with its rock moments reminding me of some of my favourite anime openings such as the one from Mirai Nikki, making me instantly like its theme song. The only real track showcased so far has been the one from the trailer called “Can Cry” and I really like it so far, but there’s also been some tracks with a classical influence shown in the gameplay previews on its website. While the two tracks I’ve heard are quite different, I think both fit the emotional tone of Crystar well and I’m looking to hearing the rest of its music, along with everything else, in the final game.

Although there’s been no localisation announcement for Crystar as of yet, the way it uses its theme of crying both mechanically and in the story has me very intrigued so far. It’s also had great trailers with music and visuals, and with these alongside its interesting ways of using its theme in its gameplay, I’m hoping everything comes together well in the final game. Crystar comes out October 18th in Japan and I’m looking forward to seeing if it does well and if it’s a good game and if they decide to put out any demos as well. Whether I try it sooner or later, I hope it’s good so that we can see its interesting take on sadness and tears as mechanics in this interesting emotion-inspired JRPG world.

You can pre-order Crystar (in Japanese) from Playasia!
(The Playasia links help support my JRPG Jungle content so if you use any of them, thank you!)