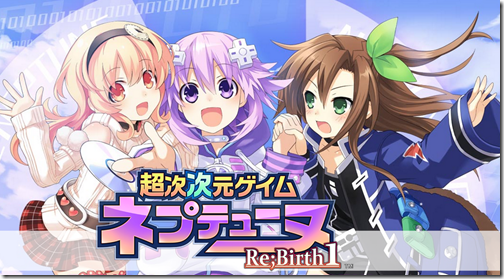 Below is a trailer for the game and it displays some of the cool new features that will grace the Vita remake. This will include new dialogue, a whole new ending, changes to the battle system and the new "Remake System" which allows players to adjust parts of the gameplay, which is pretty neat!

Pretty excited to play this one - I've always been an afar fan of the Neptunia games, the games look incredibly humourous and silly. I'm keen to play the remake as my first one. Comment below with your first Hyperdimension Neptunia game and if you'll be getting the remake. :)

Follow @JRPGJungle on Twitter to keep up to date with our news, reviews, articles and J-RPG musings!
Posted by JRPG Jungle at 14:19