MURAMASA REBIRTH COMING TO PLAYSTATION PLUS EU IN MAY!!!!! (plus other games!) 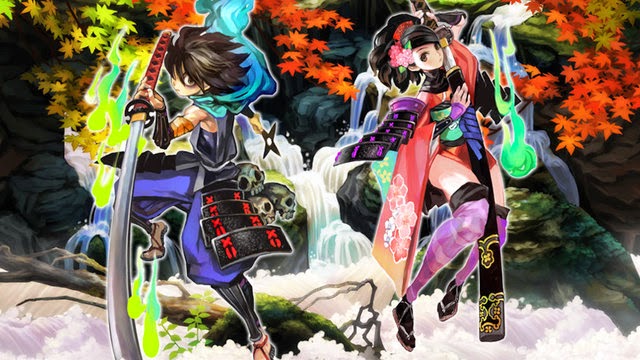 That moment when a game you were going to spend real money on comes to Playstation Plus is OH SO SWEET.
SO VERY SWEET!

I even think this makes up for the fact that the day after I bought the Walking Dead game for Vita, the PS4 remake was announced.

Playstation Europe's blog has announced May's list of Playstation Plus games. Which by the way, is:

(I miiiiiight play this after Child of Light. If I'm not playing Final Fantasy X-2 HD.)

(It's funny, Puppeteer is a game I'm pretty sure I like and looks very charming. Yet while I hope I play this game, I don't feel compelled to do it soon. I do like Japan Studio's creativity though, so I expect it will be good and is probably worth a download for fans of quirky games.)

(This will probably be a good one for online or with the boyfriend. Looks like good, stupid fun.)

You can clearly see my excitement above. Anyway, I love games with an Eastern feel and this has it down with stunning artwork and multiple endings. The battle also looks really fun and this will look stunning on OLED, I'm sure of it. Here, have a trailer:

I've heard this is actually fun, but I just can't see myself playing it. Maybe one day once I've gotten through enough J-RPGs to be satisfied (but I don't know if that's possible).