New Persona project to be announced May 2! 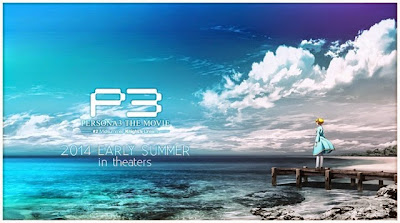 While we patiently count down the days till all of the new Persona games are released, Atlus has decided to dangle a carrot in front of all of our noses - the announcement of a new project.

Atlus will be streaming via NicoNico a 'Dark Hour TV' show on May 2nd at 11:30pm (Japanese time) to hype the release of Persona 3 the Movie #2: Midsummer Knight's Dream (side note: awesome title). In the second half of this show, they have promised the 'super important' announcement of a new important project.

With 4 games in the works, I am somehow still hopeful for another Persona game. They also don't officially mention this will be a Persona announcement, but during a Persona related show I would either think it's a Persona movie, game or a completely new game from Atlus. Of course, I'm just guessing though! We will have to wait until the 2nd of May - dear god I hope someone puts it on YouTube so I don't have to stay up till 12:30am in Australian time.

If you have any speculations on the mystery announcement, please comment below! :)
Posted by JRPG Jungle at 14:09