Be Afraid - Corpse Party: Book Of Shadows Released In English On iOS Worldwide 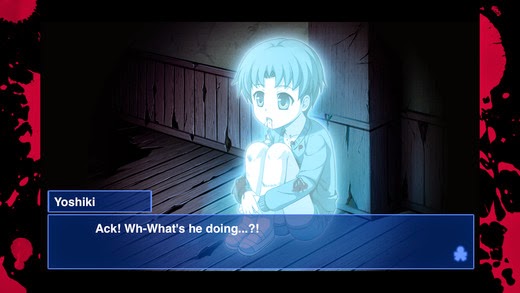 Ever wanted to play the high school horror game, Corpse Party? Now you can! Xseed Games has localised 5pb's Corpse Party and it is available now on iOS worldwide. The localised game has been previously available on PSN, but this is it's first appearance on iOS.

Corpse Party revolves around a group of Kisaragi Academy students who find themselves trapped in the Heavenly Host Elementary School, an alternative dimension that was sealed by a mystical charm. In order to escape, the students must unravel the the mystery of the Elementary School or be doomed to join the corpses trapped inside the dimension before them.


Will you play Corpse Party? Comment below or send a tweet to @JRPGJungle and let us know!

Have a story about a Japanese game or something else you think we should cover? Email jrpgjungle@gmail.com to let us know!
Posted by JRPG Jungle at 03:08