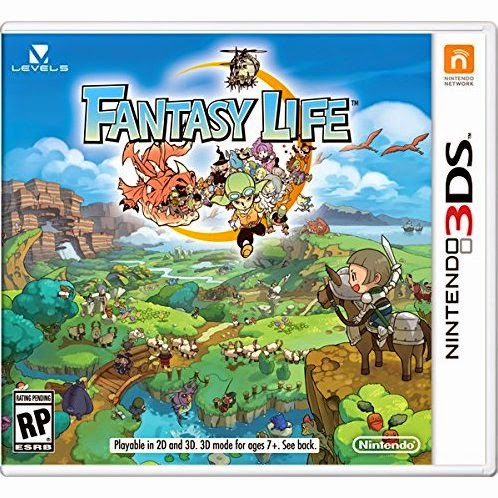 Last week, there were two new trailers released for Level-5's upcoming 3DS JRPG Fantasy Life. The first trailer details what the game is about and details the lives/classes featured in the game. It can be viewed below.

The second trailer touches on the original trailer's content while revealing the multiplayer functionality to the game. The trailer can be watched below.

For those interested in the game, release dates have also been announced. For Europe, fans can expect the game on September 26th. North American fans can look forward to Fantasy Life on October 24th. The game will be released for Nintendo 3DS consoles.


What's your favourite thing about Fantasy Life so far? (So far, I can't get enough of the music score!)
Comment below or send a tweet to @JRPGJungle and let us know!

Have a story about a Japanese game or something else you think we should cover? Email jrpgjungle@gmail.com to let us know!
Posted by JRPG Jungle at 04:02