Usually-Sunday-But-Today-Is-Not-Sunday Musings #3: What I've been playing, exclusivity and I am cold.

Sorry this is late. It's been a big week, full of unexpected change and not enough time. But at least Child of Light was good!

It's also very cold here in Australia and I have next to no winter clothes. Horray for preparation.

First off, I'm writing exclusively for this site again. That's right, no more WTFGamersOnly. I didn't have the time sadly and for me to continue doing the site justice, I would've had to focus on it completely and not do this blog, my songwriting and my Japanese studies. So I'm going to focus on here instead!

I learnt so much in my week there, so I'm really happy I did it. They are a wonderful group of people, so check the site out at: www.wtfgamersonly.com and if you wanted to read my articles that I did there, go here: http://www.wtfgamersonly.com/author/taraplaysgames/

This does however mean I can work to make the content that I put here the absolute best, so I hope to see a few more faces reading this blog if my hard work pays off. You may have also noticed I added a review page to this site to keep track of all the reviews and to make it easier for you readers. The review page currently looks pretty bare, which I am taking as an excuse to play more games.

Speaking of games!: What I've been playing: 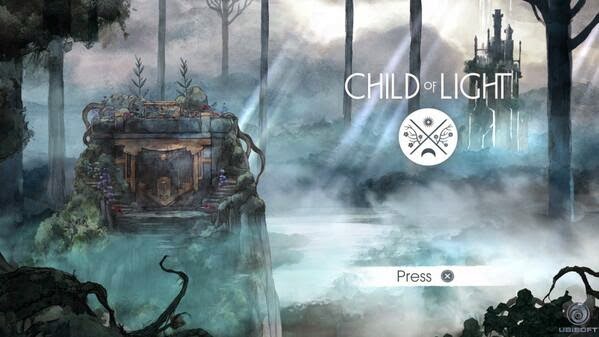 I have a lot of love for this game already. While I'll cover more in my First Impressions/Review, the combat system is so addictive. I'm on the edge of my seat in battle planning how to interrupt enemies. I really hope we see more of this system.

And obviously the fact that the game is breathtakingly beautiful always helps. But I'll save the rest for my first impressions! 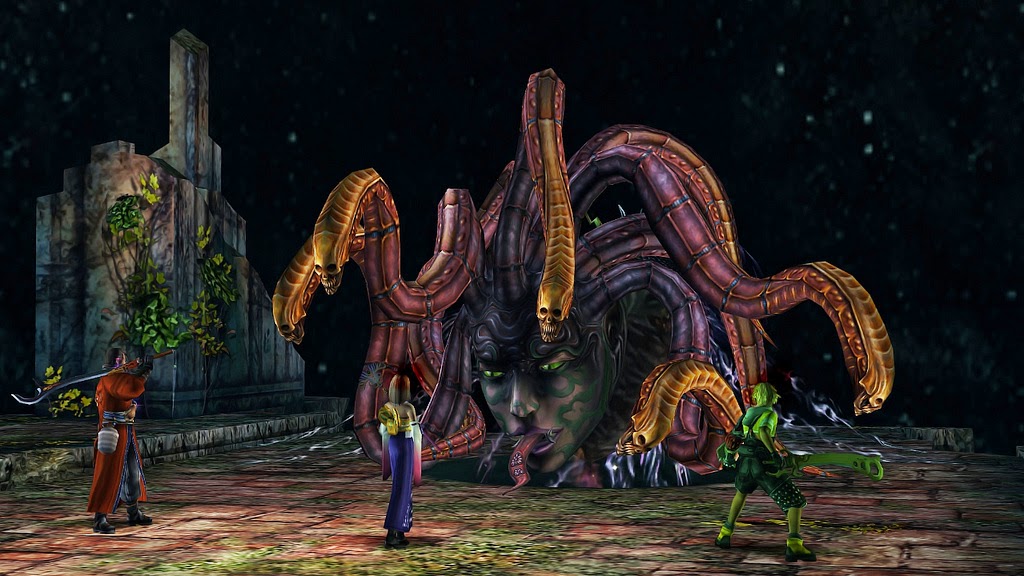 Lady Yunalesca currently has all of my rage. I got to Zanarkand, forgot how much thinking was required for the puzzles, realised I hadn't grinded enough during the first boss battle and then decided to face off with Lady Yunalesca.

I got to her third stage, then forgot to keep one of my characters in zombie at all times. She got me good.


On a total of 8 hours on the train on Sunday, between studying I finished Noel Vermillion's story and started Taokaka's. The story makes a lot more sense now and it's getting cool to see the stories intertwine. Also, Taokaka is such a cute and hilarious character.

It was very funny to be standing on the train last night and have a high definition screen of Tao grabbing one of the characters chest areas. In Australia PS Vita's not as common, so people tend to look over my shoulder a little. I hope this freaked someone out a little or amused them. :) 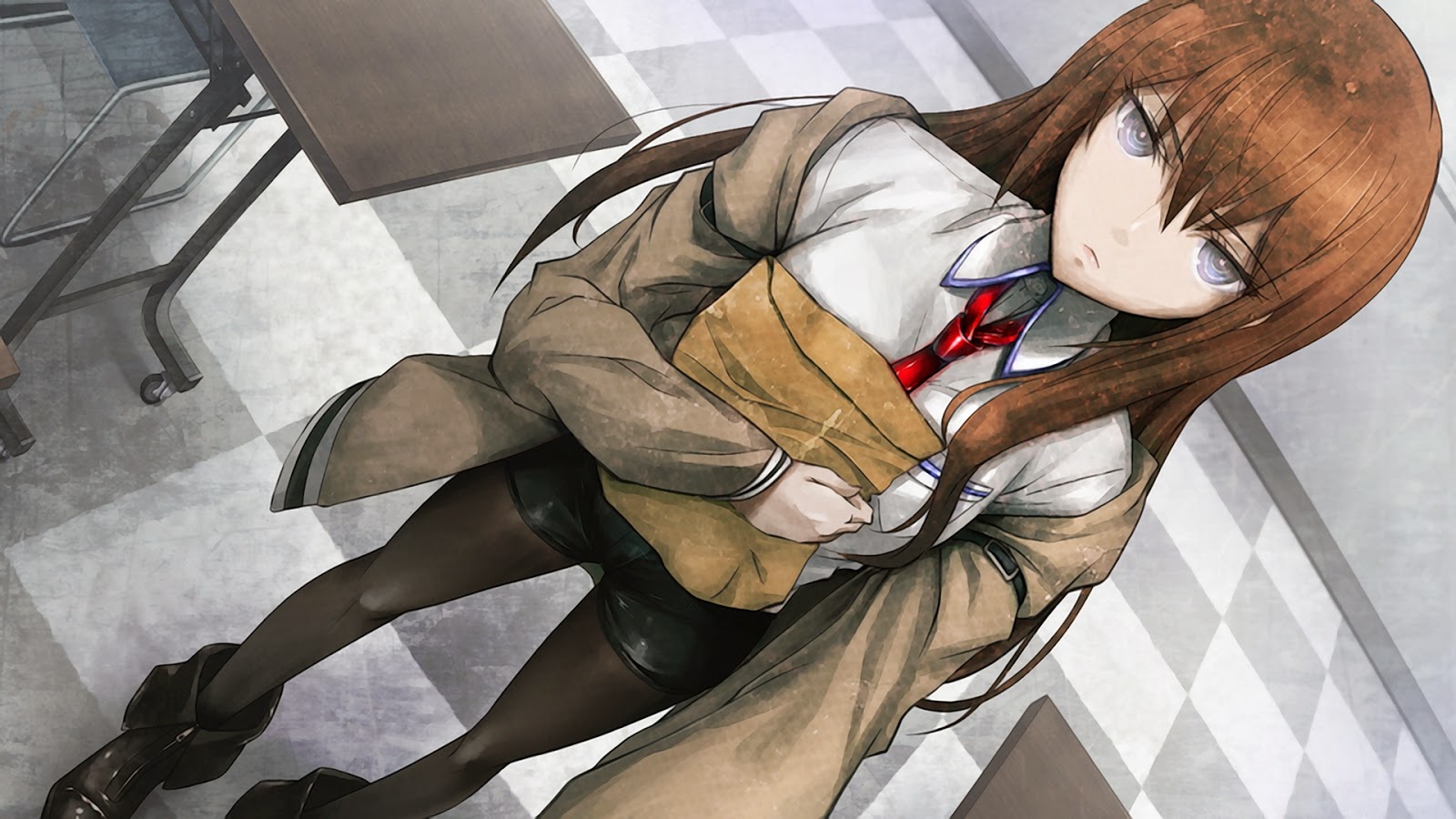 Still translating veryyyy slowly. After I've translated chapter one, I think I'll try the english version. So far doing one screen a day has led to a very slow story and a lot of descriptive dialogue translated...and not a lot of actual dialogue. It's proving to be very effective at teaching Japanese grammar for adjectives though. I'm just greedy and want more story. 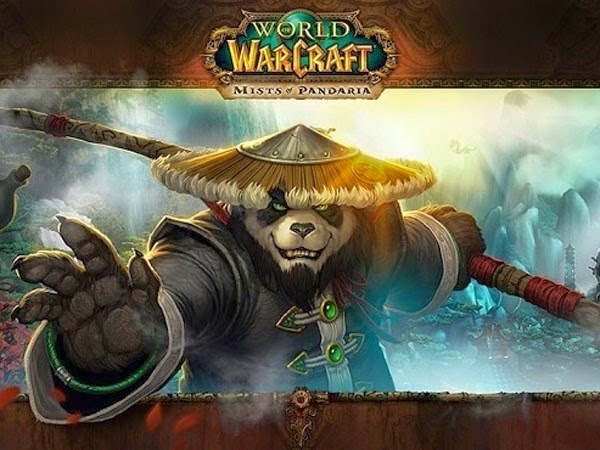 As you can tell from most of my posts, I'm really not much of a PC gamer. However my boyfriend was playing a lot of WOW, so I few weeks ago, I decided to try it. I played it three times and I'm wondering: is the game just fetch quests? I didn't find it nearly as entertaining as I did Final Fantasy XIV: A Realm Reborn. I really missed the story elements and the visual style. Probably won't be going back to it, but feel free to comment and enlighten me to what I'm missing. I'm genuinely curious as to why this game is as popular as it is.

I won't be buying an games in the next few weeks as I just got a bunch of free games from Playstation Plus and haven't even finished the games I've been talking about in this post. But anyone know of a good place to start in visual novels? I'd love to get more into them. BlazBlue's story format is similar to the visual novel format and it's so good for on the train.

Have a good week everyone!
Posted by JRPG Jungle at 20:13