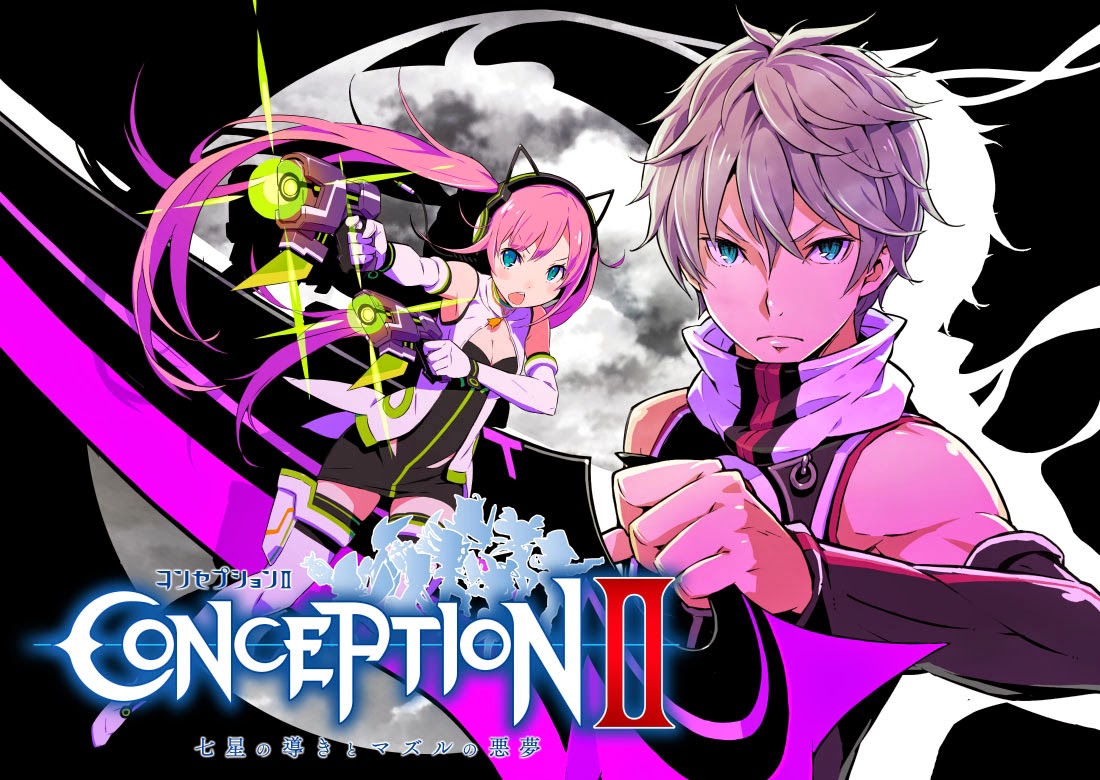 When you look at Atlus' and Spike Chunsoft's Conception II: Children of the Seven Stars as a story, I understand if it might inspire some raised eyebrows and a dash of cynicism. The story of Conception II follows the game's protagonist who receives a mark on his hand from the Star God. This mark means he has to go to special school and fight monsters that are plaguing the world. Standard J-RPG material thus far. But at this special school, he finds out he has a ridiculous amount of Ether flowing through his veins, allowing him fight inside the Dusk Circles where the monsters are coming from. Oh, this Ether also means he has a 100% chance of making Star Children during Classmating (which is exactly what it sounds like) with the top ranked females of the school. This crazy amount of ether also has an added bonus - it allows him to the fit the title of 'God's Gift'.

Sound crazy? I thought so. In fact, this crazy concept nearly scared me away. But the free demo got me in and I'm glad I didn't miss out on a taste of this fun and unique game.

Immediately noticeable from the second you open the demo is the slick style. Much like in Persona (another Atlus game), what Conception II games lack in ridiculously high def characters and cities is replaced by an overall consistent flare throughout cities, dungeons, music and menus and decent character models with their own unique touches (stars in the eyes, etc). I would much rather this approach and a huge, good running game than stellar graphics and a subpar experience. The game also boasts amazing anime cutscenes that are worth being excited for, complete with Sailor Moon-esque transformation scenes. It is also noticeable that the 3D character models are a step above previous Atlus games and we are treated with regular close-up face scenes as opposed to the usual 'text and anime drawing' presentation of modern JRPGs.

Social interactions with the characters are required in order to play this game well - after all, you need bond points in order to classmate and without classmating, you won't have the maximum star children to battle with! I didn't personally find myself emotionally engaged with any of the characters, but I hope the characters further in the game have a little more depth. In the demo they seemed like your stereotypical characters - the smart one, the shy one etc. This isn't to say these conversations aren't fun: I did have fun employing the different choices given to me in these interactions to impress the girls, particularly with Chloe as she seemed to appreciate it the most while not being annoying about it. There is a certain type of fun to be had running around and knowing how to make all the girls love you and seeing the results. I hope this is just my inner kind person trying to make people happy and not my inner harem fiend. :)

Speaking of harems, if you like harem anime or beautiful women, you'll enjoy the game's upskirt references, potential for 'touch' action, skimpy clothing, girls constantly falling in love with you and before, during and after classmating events. I found them rather humourous above all. Classmating is a funny concept in general and I couldn't take it seriously with the singing of 'Touch my heart' in the background. The classmating element gives the game a flirty flavour which is seen in the occasionally risque humour that I'm sure future cutscenes will push further. 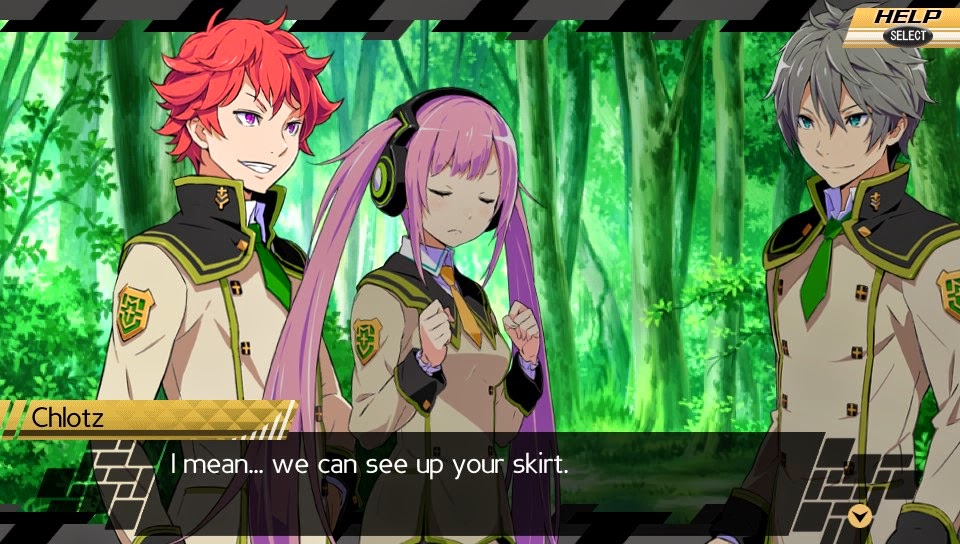 The dungeon gameplay was very enjoyable and easy to learn. I found it somewhat similar to the dungeons in Persona due to certain dungeon elements like monsters that can chase you, sneaking up behind the for a preemptive strike, secret treasure etc.. But again, Conception II improves on this with little added bonuses such as healing fountains hidden in the dungeon and the improved maps. Due to the demo's dungeon being a low level dungeon, I wasn't blown away by the in-battle combat. You can position your characters in different spots to avoid attacks and hit weak points which was cool, but the dungeon was already easy, so using these techniques didn't make a huge different. I'm sure in higher level dungeons the positing will be more vital but for now I won't be gushing about it.

What I feel is most important to note is at the end of my playthrough of the Conception II demo, I was highly impressed by how long I had been playing for. If that was just chapter one, then this game must be huge which I LOVE in my portable games. During my 3-5 hours playing the demo, I was introduced to a lot of different gameplay functions and concepts so by the end of the demo, I had a good judgement on whether or not this would be a game I would purchase. Which is exactly what a demo should be!

While this was such a big demo filled with many gameplay elements, the story has a lot of room for growth and if I hadn't played this demo, I probably wouldn't have cared to find out. Conception II's fun social interactions, interesting concept and easy to learn battle system will satisfy dungeon crawler, dating sim and harem fans alike so I recommend trying the demo out and if you enjoy it, definitely try the full game (which I'm currently stashing my pennies for.) 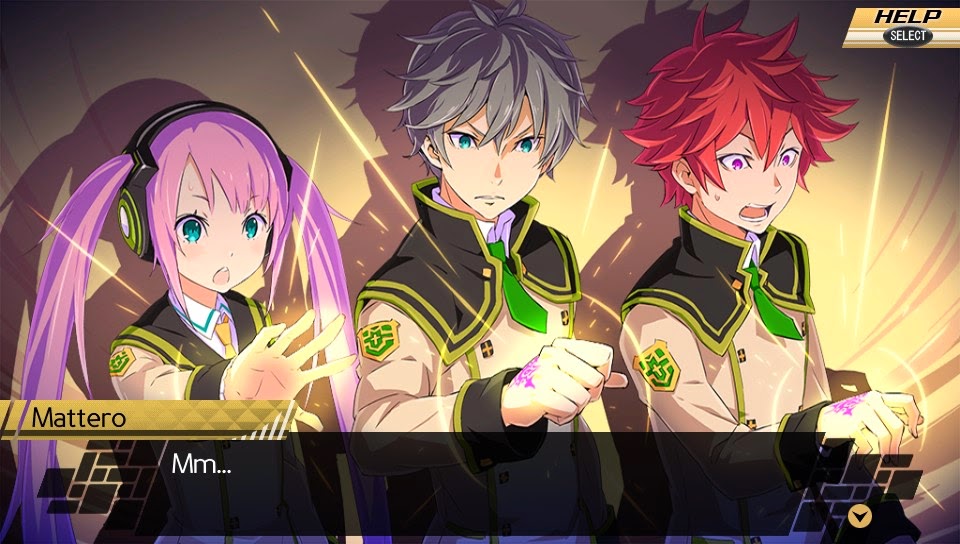 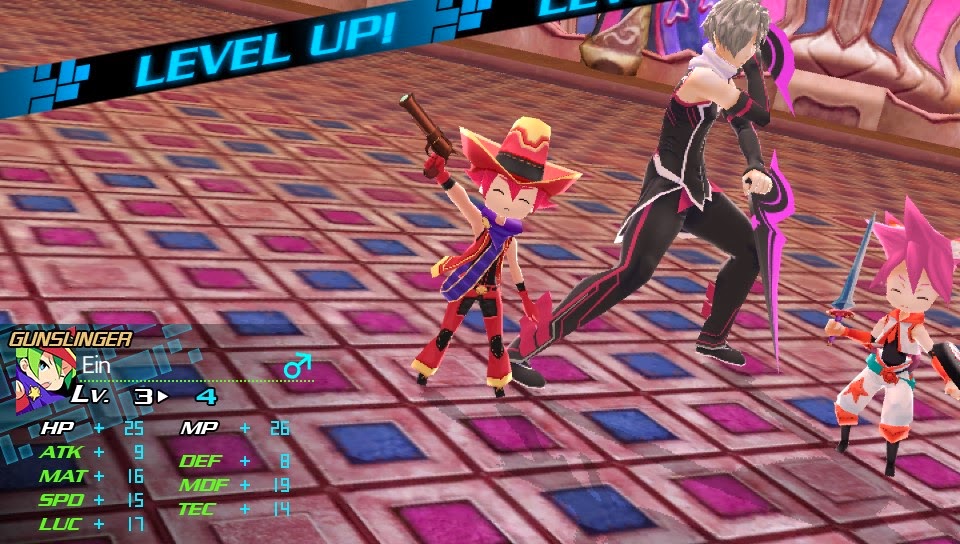 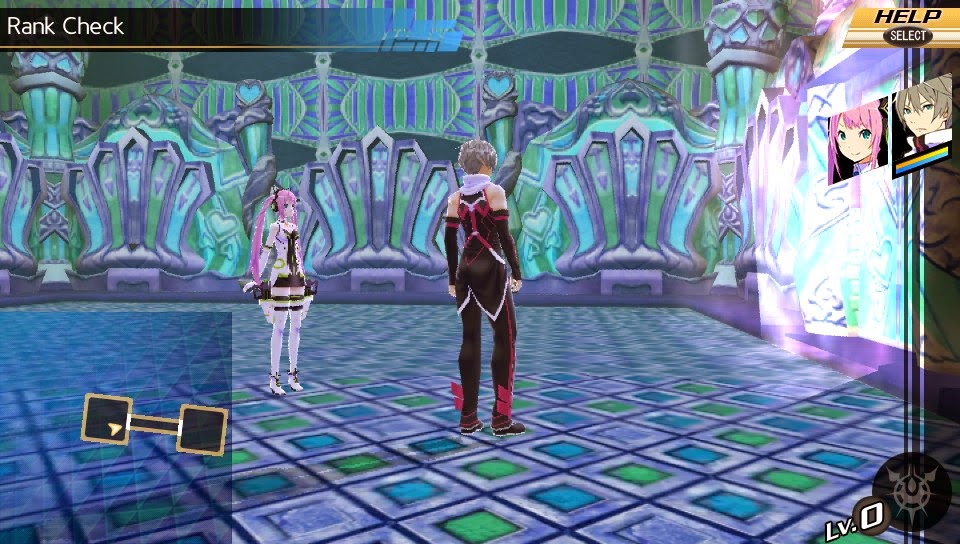 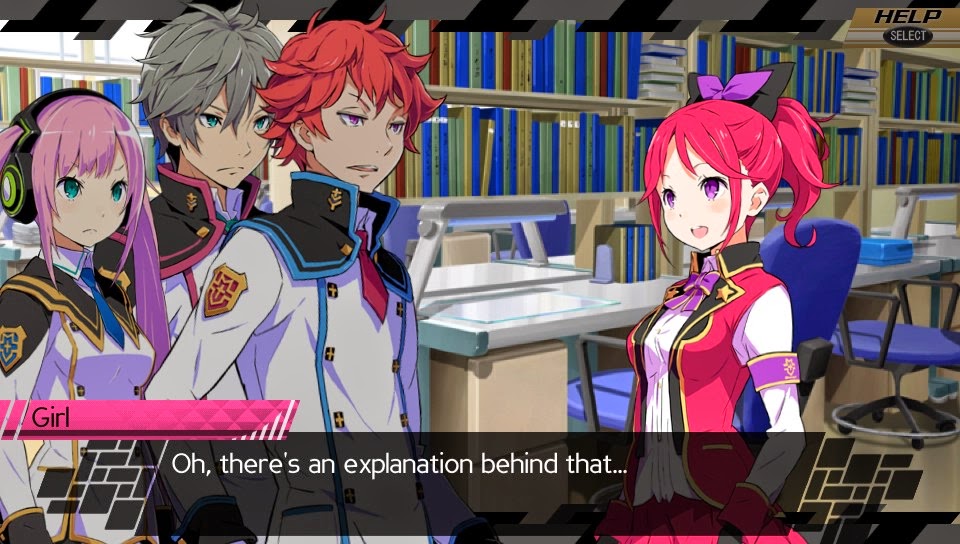 Conception II: Children of the Seven Stars is available now on 3DS and PS Vita from Play-Asia, Amazon and the PSN Store. For this post, I played the PS Vita version.
Posted by JRPG Jungle at 00:08