Ar no Surge To Be Localised For Europe and Now The US Too! (UPDATED) 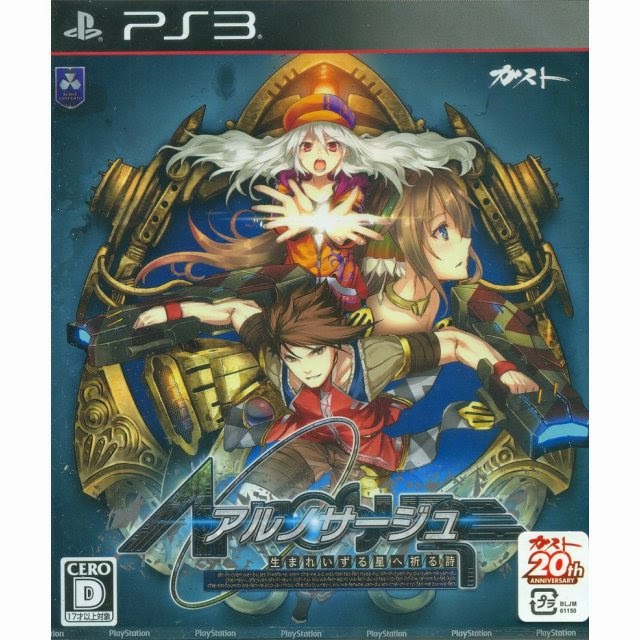 (this is an updated version of our original post about the localisation of Ar no Surge. It now also includes more information about the U.S. localisation)

Tecmo Koei have announced the European release of Ar no Surge on PS3. Ar no Surge marks the second game in the 'Surge Concerto' series by the game developer company Gust and was originally released in March 2014 in Japan on PS Vita. The Surge Concerto series games are set in the same world as the Ar tonelico series, which can be seen in the way both games use the 'song magic' system.

The first game of the series, Ciel no Surge, has had no announcement for any kind of release outside of Japan as of yet.

Updated: Originally Tecmo Koei mentioned on their Twitter that a U.S. release was 'not yet decided'. Since that tweet and many news articles about the lack of U.S. localisation, Tecmo Koei have recently responded on Twitter again, stating:

The detail will come later but the game will come to America, too. RT @AlejandroHerasM: @TecmoKoeiUS I know ... http://t.co/JHxnr9f5LI
— Koei Tecmo America (@KoeiTecmoUS) June 25, 2014

This means that both European and U.S. audiences can now look forward to Ar no Surge. The European release has been scheduled for 26th of September, while the U.S. date is yet to be announced.

No official pre-order available at the moment.
Importers: Ar no Surge is available now in Japanese on Play-Asia.com

Follow @JRPGJungle on Twitter to keep up to date with our news, reviews, articles and J-RPG musings!
Posted by JRPG Jungle at 20:55